Kenziko provided graphics for the 2019 General Election coverage on BBC, ITV and Channel 4.

Throughout the second half of 2019, there had been rumblings of a forthcoming General Election. For any UK broadcaster, this is probably the biggest single recurring event, and huge amounts of effort is put into providing the best coverage. As a result, we were asked to help initially months before the election was called. 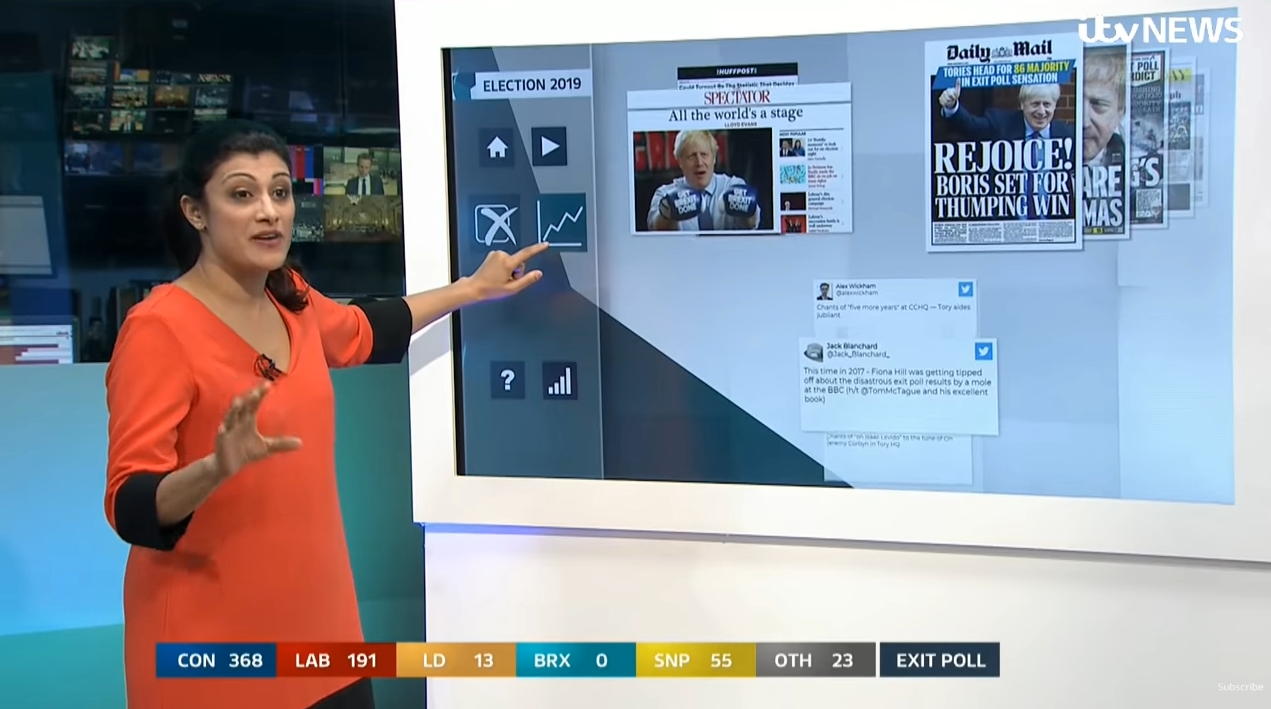 For ITV, we were asked to provide a new version of ‘Screeny’, the touchscreen system we built for the Robert Peston show. We provided software and hardware for the show, with a familiar interface for the team to use on the night. Used to show custom content, social messages and the view from the mainstream media, it was used throughout the night. 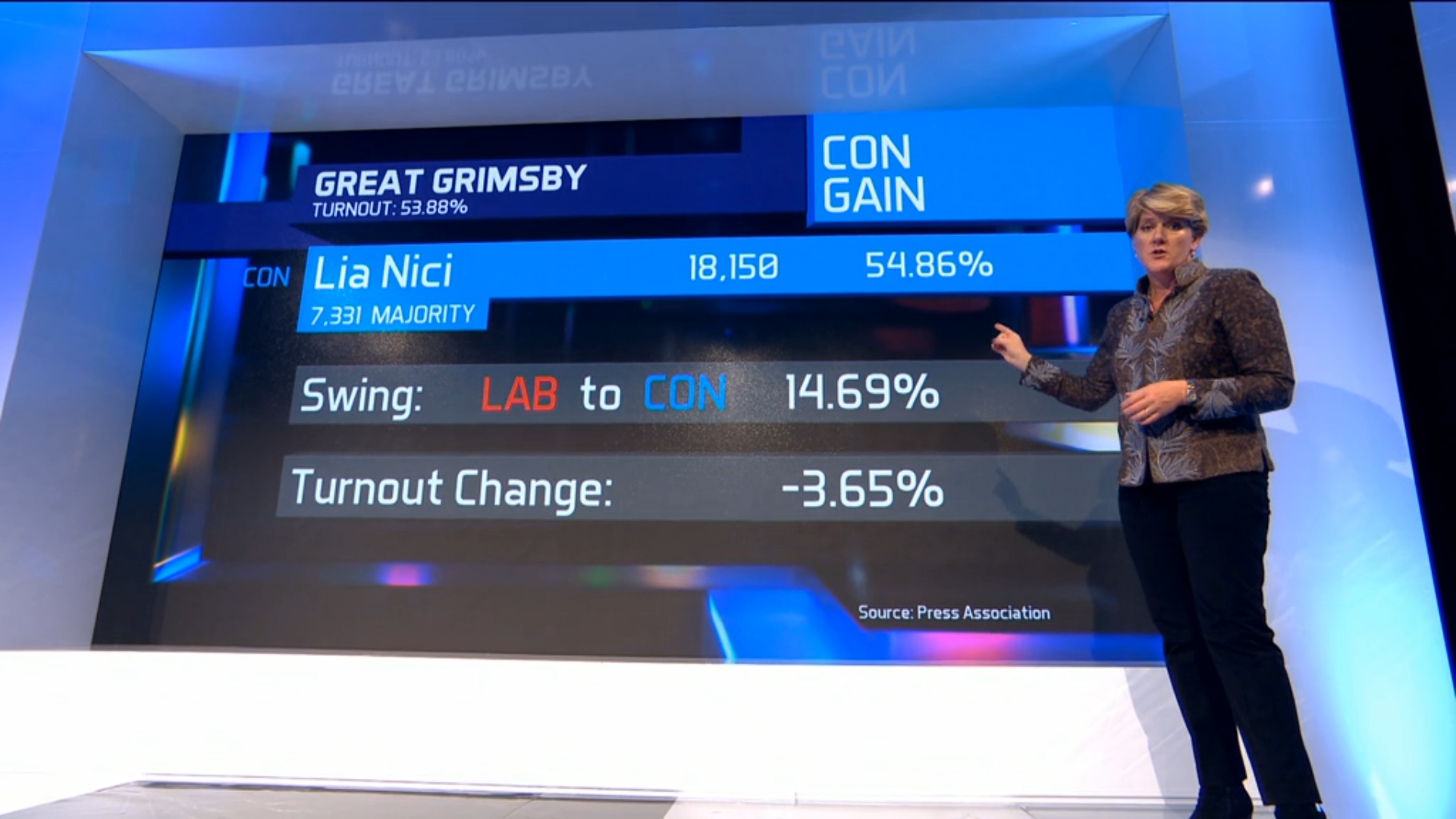 For Channel 4’s Alternative Election we worked with Mammoth Graphics, supporting them with software to update the result graphics live on-screen, and with tools for them to build individual result graphics as required by the show. The volatile nature of the UK Parliament meant we could not use the provided data as given. Since some MPs had changed parties (or become Independent) since the 2017 General Election, the data reflected this. But for UK broadcasters, they wanted to reflect the change since 2017, so we needed to handle this ourselves. Software had to be developed quickly and accurately enough that we were able to take advantage of the rehearsals well in advance of election day itself. 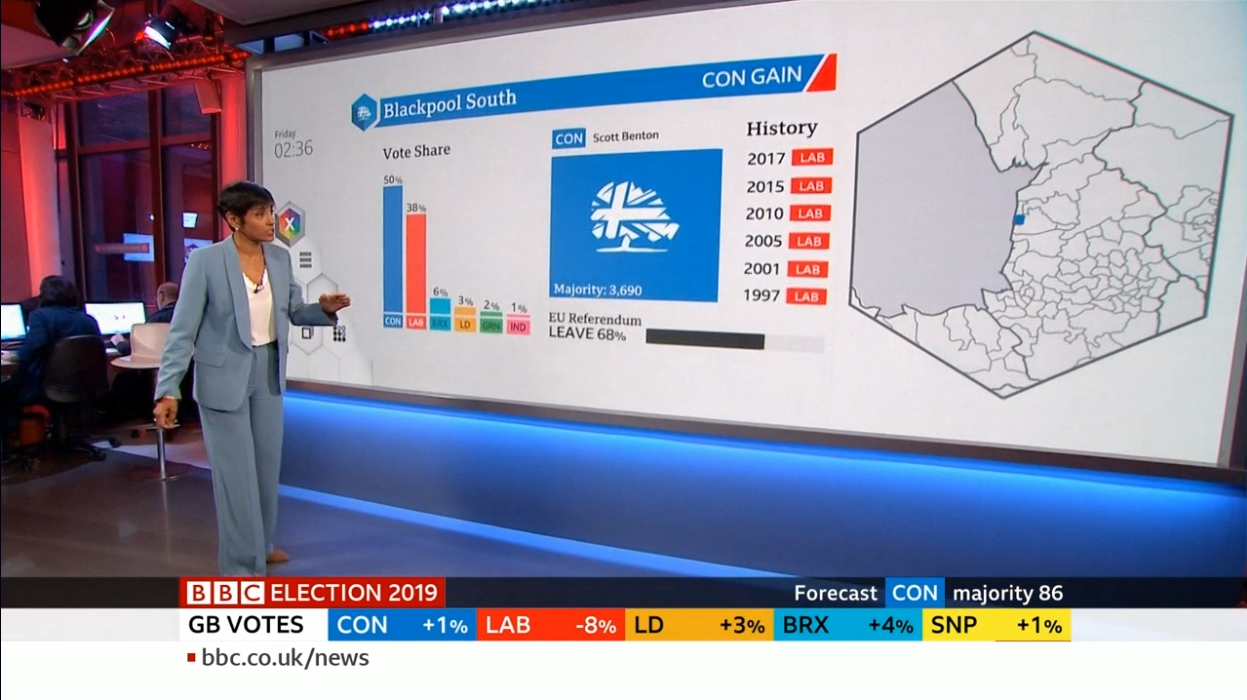 And for the BBC, we developed the touchscreen used by Reeta Chakrabarti during the main election programme. We were there in the background to support them through the night as the results came in. This involved a large amount of work over several months leading up to the election. As is often the case, not all of the functionality of the touchscreen ended up being used on the night (specifically a whole section devoted to showing how a party might form a majority with others), but the system was used to tell the story of the night’s results effectively.

View all posts by kensey