A snap election is a difficult scenario for any broadcaster to deal with. We worked with both ITV and BBC to ensure their election coverage went to plan. 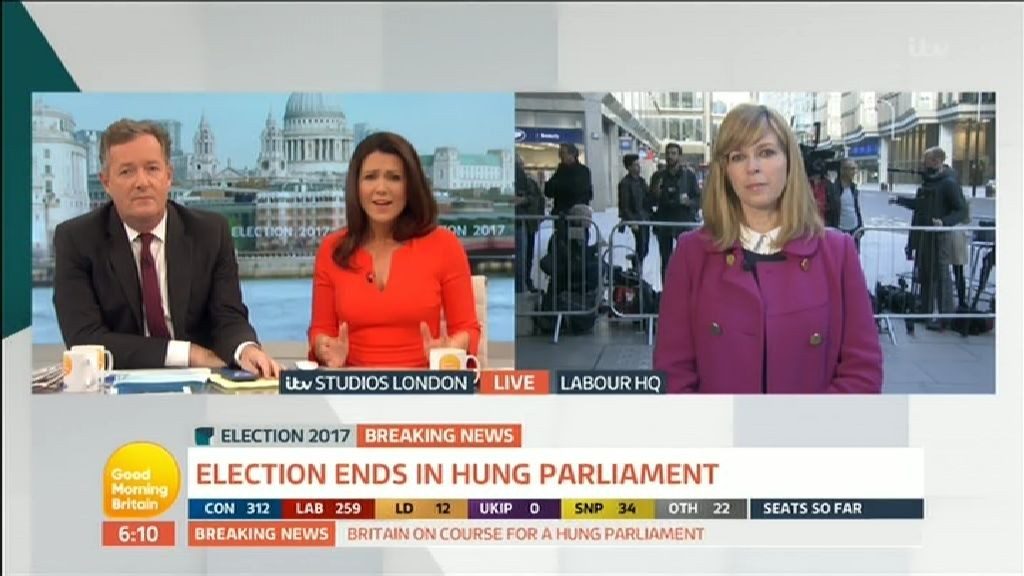 For ITV, we helped adjust the Good Morning Britain (GMB) graphics to accommodate election data, moving the existing content up on-screen to make way for a result tally and new lower-third straps, all fed directly by ITN. Although a large number of graphics are affected by changes like this, the way the normal GMB Viz scene works makes it fairly simple to achieve.

For the BBC we supported the News Channel with a new Histogram graphic and full frame results (also used on the main BBC News bulletins) and some of the language channels with some Keyed ‘virtual’ graphics (achieved simply with a locked-off camera shot).

All of these graphics were built for Viz Engine and Viz Content Pilot.

View all posts by kensey